A Brief History of Ecuador

A Brief History of Ecuador

In many ways, Ecuador is a young country. In 1822, the area which today is Ecuador was liberated from the Spanish Crown, ending almost 300 years of foreign occupation. The modern-day territory of Ecuador then became a part of Gran Colombia, Simon Bolivar’s great project for a liberated and unified Latin America. The new state constituted the territories which today form Ecuador, northern Peru, Colombia, Panama, Venezuela, western Guayana and part of Brazil. The state proved short-lived, however, and Ecuador emerged as an independent and sovereign state in 1830. 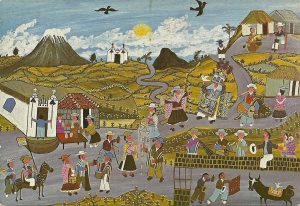 Despite being a youthful state, the territory of Ecuador has been consistently inhabited for more than 10,000 years. Various cultures were once found all across Ecuador, covering both the coast, the Andes and the Amazon. While most of these cultures disappeared a long time ago, the attentive eye can spot their remnants hidden in plain view. Quito, for example, received its name after the Quitus people, who lived in the area where Ecuador’s capital is currently located. The Quitus were later conquered by the Cara culture and together they formed the Shyris civilisation (Shyris happens to be a street in Quito which Latin Frontier’s Ecuador office is located on). 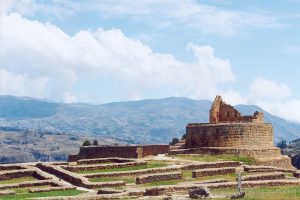 The arriving Incas quickly took control of the Ecuadorian territories. Atahualpa, the last emperor of the Incas, was himself born in the Kingdom of Quito, the territory he would later govern. The Incas stay, however, proved relatively short-lived (as their existence was in general). Only a few decades after the Incas arrival, Spanish conquistadores found their way to the green hills of Ecuador. With the help of local Ecuadorian cultures which long had resisted the Incas, the Spanish Crown quickly became the new rulers of what is not current day Ecuador.

The Spanish had a strong foothold of Ecuador, as well as Latin America in general, for more than three centuries. The colonial structures which can be found throughout Ecuador, particularly in Quito, Cuenca and Guayaquil, stand as living memories of this era. With the arrival of the 19th century, however, new winds would sweep the region. Through the vision and military dexterity of Simon Bolivar, the Liberator, his general, Antonio Jose de Sucre, and many others, Latin America would claim its long sought freedom.

When it emerged as a sovereign republic, Ecuador’s first president was Juan Jose Flores. Flores had fought with Bolivar during the wars of independence and had been governor of the territory of Ecuador during Gran Colombia. Despite his position as the de facto founder of the Republic, his popularity would quickly decline and he would be ousted by the marcistas, an eclectic group of revolutionaries. The next decades would be turbulent years where Liberals and Conservatives would struggle to move the country in the direction which aligned to their vision. Gabrial Garcia Moreno (conservative) and Eloy Alfaro (liberal) are perhaps the two most famous names from this period. 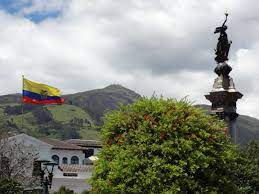 The 20th century would prove to be a tumultuous century for Ecuador. Presidents appeared and disappeared, and its democratic structure was stained more than once. However, as opposed to many of its neighbouring countries, the tempestuousness was not accompanied by notable violence. Even its three wars with Peru did not bring too much damage.

Today, Ecuador is a stable democracy which has experienced great economic growth during the 21st century. Sitting in Quito, you would find it hard to distinguish it from any other city in the USA, except for the fact that the horizon is decorated with volcanoes and Andean peaks which stretch towards the sky, and that the city boasts the best preserved historical and colonial centre in Latin America. Yet, even though the country is modernising, it has not lost its unique charm. Just in an hour, you can leave a bustling city filled with high-rise buildings and busy streets, and arrive in a quiet, little village where the locals still wear traditional garments and the vegetables are grown on the field in the distance.

Needless to say, Ecuador is a country with a complex and fascinating history, from its very origins to its modern day. Would you be interested in experiencing the history of Ecuador for yourself? Check out our cultural and historical trips here!