Do you love chocolate? Chances are you will love Ecuador!

Do you love chocolate? Chances are you will love Ecuador!

Wars have been fought, borders have been drawn and agreements have been made all in the name of natural resources. Water, oil, gold, animals, timber; they have all shaped our history. Even today, they are what make the world go around. Ecuador has been no exception. To many, however, it might come as a surprise that it is neither gold nor oil which have been most significant in shaping the history of Ecuador. Instead, it is chocolate. More specifically, it is the origins of chocolate, cacao, which has moulded, and continue to mould, the story of this equatorial nation.

In the 16th century, Hernan Cortez and his conquistadores were introduced to a spicy chocolate drink by the Aztec emperor Montezuma. Initially served cold, the Spanish decided to add sugar and serve the drink warm. Ever since this innovation, chocolate has been a favourite consumable of the Western world. In this infatuation, Ecuador presided as a principal exporter of cacao for centuries. In the early 20th century, however, the streak came to an abrupt end when unfortunate events decided to strike in multitude. Plant diseases wreaked havoc in the plantations, bananas and coffee became more lucrative for farmers, and West Africa became a main exporter of cacao with its cheaper, ordinary beans. 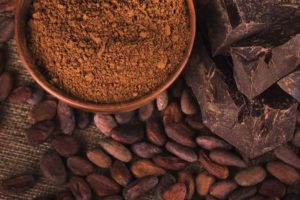 After a long period of decline, however, Ecuador’s cacao is once again finding itself in the global spotlight. Cacao comes in different types, with varying qualities and with unique flavours. Ecuador is famous for what is considered ‘fine’ beans, more specifically its ‘Nacional’ or ‘Arriba’ bean. According to legends it is known as ‘Arriba’ (up, in English), because the cacao was known to come from ‘de rio arriba’, or up the river from Guayaquil, a city which once prospered from its cacao trade. The bean is known to have a floral flavour which can vary significantly depending on the region it grew in. Because Ecuador has such a diverse terrain and climate, the fine beans of Ecuador come in a vast variety of flavours, giving chocolate makers a home and abroad the premises to make new discoveries and take chocolate to new heights.

Archaeological discoveries made in the southern part of Ecuador’s Amazon region has suggested that cacao beans were harvested and consumed in Ecuador more than 5,000 years ago. Yet, it is only in the recent years when the country has started producing and exporting their own chocolate. The Ecuadorian entrance to the chocolate scene, however, was a quick and brazen one. In 2012, Pacari, the country’s perhaps biggest and most famous producer of chocolate, won the International Chocolate Awards just a few years after opening up shop, an event which heralded a new era for the Andean country. Today, you don’t only have new, successful and local chocolate producers appearing every year, you have thousands of Ecuadorians acquiring better lives because of it.

Would you be interesting in exploring Ecuador’s chocolate scene on your own? Inquire about a tour here.