Diving in the Galapagos

Diving in the Galapagos 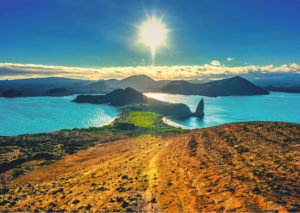 Back in the good old days, there were blank spaces on the world map; areas which no one had a reliable account of. If you go far enough back in time, such terra incognita were often designated on maps with drawings of sea monsters or dragons, or writing that said ‘here be dragons’ or ‘here be lions’.

Unfortunately, with the rise of satellite mapping, GPS systems and related technologies, all unknown dragons have disappeared. Hence, although humankind has not visited all land on foot, technology has granted us the imagery to know how these areas look like. 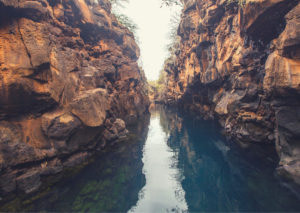 There are, however, still places where dragons might still be found. Although the globe’s oceans have been, and continue to be, the lifeblood of commerce, cultural diffusion and global interconnectedness, we know close to nothing about them. More or less 95% of the world’s oceans remain undiscovered by both human eyes and technology alike. As a result, there is no wonder that diving captivates all types of people. The Galapagos, offering a unique look into the vast underwater world we know so little about, is on the top of every diver’s bucket list. 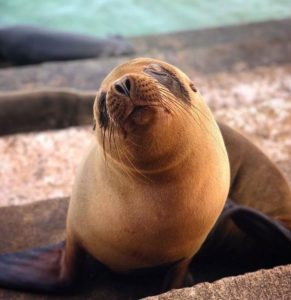 Due to the uniquely exotic wildlife, enticing natural conditions and the efforts to conserve the wildlife in the Galapagos, diving in the Enchanted Islands is an experience unlike any others. In fact, the Galapagos is recognised as one of the Seven Wonders of the Underwater World by CEDAM International (another wonder being the Deep Sea Vents, also located in Ecuador’s seabed, close to the Galapagos). No large predators ever made Galapagos their home; hence, the islands slowly became the home of a number of endemic species which do not exist anywhere else. Sea lions, penguins, the Galapagos tortoise, the Galapagos green turtle, dolphins, marine iguanas, whales and sharks are only some species which can be seen in the turquoise waters of the archipelago.

Not only will you see fauna which you cannot see elsewhere, you will be able to get closer to it than anywhere else in the world. In the Galapagos, marine life is exceptionally easy to observe because the islands have historically been without a natural predator. Hence, its animals consider humans a simple curiosity, rather than a threat. The result is that you might find yourself swimming alongside a happy sea lion, a playful dolphin or a thoughtful turtle. 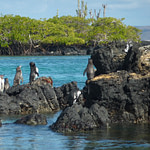 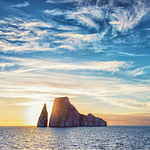 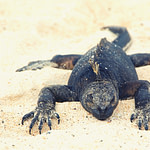 There are many opportunities for diving, both for one day excursions and cruises lasting over more days. Do you want to come diving in the Galapagos? Check out our trips here.