Once upon a time, Ecuador was a rather large country, stretching further both eastward and southward than it does today. However, after decades of war with lamentable outcomes, its neighbouring countries slowly trimmed it down. As a result, Ecuador appears to be a fairly small country in comparison to other Latin American nations. But fortunately for Ecuador, the size of a country does not dictate its worth.

In fact, as the relatively small territorial size is coupled with a natural, cultural and topographical diversity and immensity

unlike any other, this is a tremendous advantage for future travellers. Most travellers fly into the nation’s capital, Quito, located in the Andean corridor. When in Quito, you find yourself 2 hours by car from Cotopaxi, the world’s largest still active volcano, or just an hour from Chimborazo, the world’s highest mountain if measured from the earth’s core. 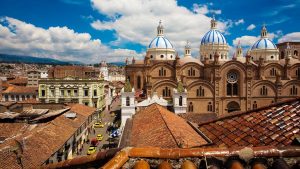 By plane, you find yourself 45 minutes away from white beaches and the shimmering Pacific Ocean, 45 minutes from the Amazon jungle with its pink dolphins and exotic wildlife, or 45 minutes away from Cuenca, a UNESCO world heritage city in the southern Andes. Now, short travel times and distances are not unique to Ecuador; the world is a big place and there are many small locations out there. But what makes Ecuador unique is the almost incomprehensible diversity waiting to be explored.

In just one day you can enjoy a breakfast at the beach of newly caught shrimps, have lunch in the lush cloud forest while 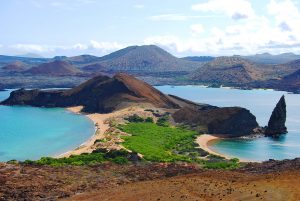 surrounded by hummingbirds and Golden-winged Warblers, and then spend the night in a colonial hacienda in the shadow of a volcano. The next day you can buy yourself an alpaca scarf at an indigenous market, explore a 500-year-old city which appears not to have changed over the last centuries, and then end your day with white-water rafting. This is without even mentioning the Amazon and the Galapagos, two natural pearls unparalleled by anything else, promising the traveller wildlife, fauna, flora and scenery which most have only previously seen on National Geographic.

In many ways, Ecuador can be considered to epitomise the whole region of Latin America. Offering the beaches of Brazil, the mountains of Chile, the colonial architecture of Argentina, the jungles of Peru, and the music and dance of Colombia; in Ecuador you can find each one of them, all within a few hours. So, what are you waiting for?

Tempted to see what Ecuador has to offer? See our tours here.