Inti Raymi: endless dancing during the Festival of the Sun

Inti Raymi: endless dancing during the Festival of the Sun

Every June, the indigenous people of Ecuador cannot stop dancing while celebrating `Inti Raymi´, also known as the Festival of the Sun. In the weeks around the longest day of the year, Ecuadorian villagers thank the Earth, the Sun and God for what is given to them by dancing, sharing the harvest and ritual bathing. Inti Raymi is an ancient Andean tradition. However the festival is often linked to Inca culture, it was very likely already celebrated by pre-Inca cultures which also honored the sun. Today, the tradition is still celebrated all over Ecuador, as well in other Andean countries such as Peru and Bolivia. 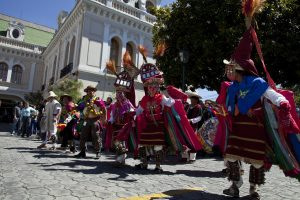 The exact activities of the festival depend on the region but the main ingredients are very much alike. Dancing has a central role in the festivities and can go on for days; it looks like being thankful gives people an endless energy. Another Inti Raymi tradition is `taking the square´, which is a political, religious and agricultural custom. It can look a little violent to the public, however, for the villagers, it is a joyous ceremonial tradition. The ritual represents how the indigenous people are taking back the power from the Spanish invaders by going into the square and reclaiming it. A more serious ritual is the spiritual bath people take to clean their minds of bad energies. In Otavalo, for example, the locals bathe at midnight in the Peguche Waterfall, perceived as a holy, magical waterfall. 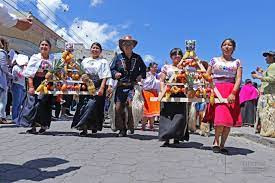 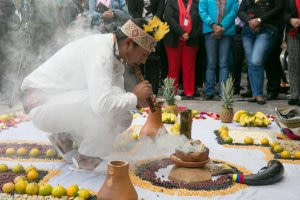 Although Andean culture is colorful each day of the year, in the month of June, you can observe an even more wonderful spectacle in the Ecuadorian Andes. Traditional music, markets with livestock and handmade knitwear and woodcarvings, colorful clothing and, whenever possible, dancing, are part of daily life in the Ecuadorian mountains. It is a beautiful area filled with legends, traditions and treasures.

Do you want to get to know the Andean culture? Check out our Andean tours here!