On May 24, 1822, on the slopes of the Pichincha volcano, the battle for the independence of Ecuador took place. 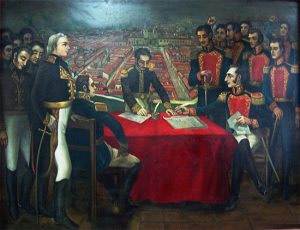 Simón Bolívar’s dream of liberating America had one of his greatest achievements on May 24, 1822 with the Battle of Pichincha, when the Patriot Army, under the command of Venezuelan Antonio José de Sucre, gave Ecuador freedom.

The liberation of Quito opened the doors to Peru for the Liberation Army, which would make possible its subsequent Spanish independence and one more achievement of the emancipatory feat.

The events that led to the battle were influenced by the independence movements in 1810, which demanded the liberation of the Spanish colonies in America.

After an exhausting military campaign that had begun in Guayaquil at the beginning of 1822; in mid-May Sucre was approaching the city of Quito  and, to avoid meeting the Spanish, he ordered his troops to flank the enemy by climbing the icy slopes of the Cotopaxi Volcano, to apper, on May 16, in the beautiful valley of Los Chillos. 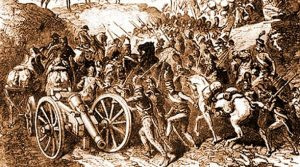 On the night of May 23, 1822, the Sucre army began to climb the Pichincha volcano, looking for the best location for the battle that would seal the independence of this part of America.

At dawn on May 24, on the slopes of Pichincha and having freedom as a prize, the people of Quito were excited witnesses of the most glorious moment in their history.

This conflict ended with the victory of the patriots over the royalist troops, putting an end to Spanish colonialism in the territories of the presidency of Quito, confirming the liberation of Quito and other provinces that were under the administration of the Royal Court of this city.

Sucre organized his forces to arrive in successive waves. The combat was bloody and fierce, as the royalist forces were aware that their defeat would mean the end of Spanish rule in this part of the continent. 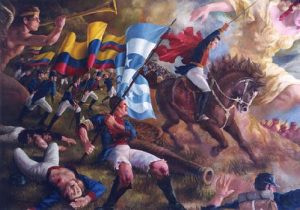 The patriot victory in Pichincha allowed the liberation of Quito. The next day, May 25, Sucre entered Quito, and the Spanish troops surrendered. On June 16, the province of Quito was annexed to Colombia. On July 13, 1822, Guayaquil was also part of Colombia. This situation continued until 1830, when the Republic of Ecuador was established as an independent state, made up of Quito, Guayaquil, and Cuenca.